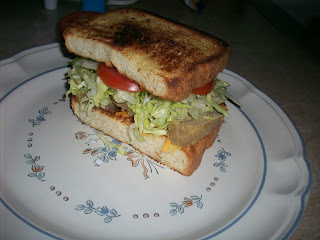 A while back I posted a recipe for crock pot Italian beef﻿ for sandwiches. It called for the use of banana peppers in the recipe, along with a list of other ingredients. Someone had asked if Pepperoncini peppers could be used in their place…… Since it wasn’t my crock pot recipe, I had no idea. So I just tried a version of it to see if they would work. Along the way I changed a few other things and scaled the recipe down a bit so I wouldn’t have a bunch of leftovers (or a lot to throw away if it didn’t turn out so good…. just keeping it real here folks). Luckily, it turned out great.
Here’s how I did it: 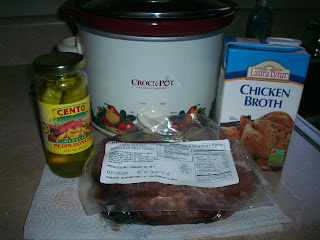 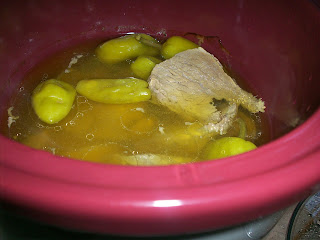 After it was done I removed the roast from the crock pot and sliced it. I then placed the slices back into the crock pot why I got my other ingredients ready.
This did have a little bit of a spicy bite to it, but a great flavor. I think it was perfect for sandwiches though. I simply sliced a loaf of my homemade bread machine bread into Texas toast size slices and buttered and browned them in a skillet. I then added mayo, cheese, lettuce and tomato after adding the crock pot pepperoncini beef.  ﻿We will definitely be having these again.
*NOTES*